The recent announcement concerning the launch of the iPhone 5 has undoubtedly whetted the appetites of gadget fans all over the world, a fact that will come as no great surprise when you consider just how many Apple supporters there are across the globe. If the company were to release a non-interactive house brick that did nothing at all the chances are a few thousand people will still buy it.

Such is the aura that surrounds everything Apple, and when you look at the many superb products the company has introduced in recent years you realise just why it’s such an iconic brand. When the iPhone 5 does finally hit the shelves, you can expect to see lengthy queues on streets from Australia to Zimbabwe, accompanied by reviews that are either gushingly positive or tediously negative.

There will undoubtedly be a significant number of consumers who will happily point out the improved camera technology, the taller screen and the increased user-friendliness (whatever that is) on the new model, but the fact is that Apple can be guaranteed a certain amount of sales even if the new release didn’t incorporate these improvements. For some, the badge is almost all that matters, and the chance to upgrade that badge should not be passed up.

No resting on laurels, please

In the future, we all no doubt hope that Apple don’t become complacent, and simply regurgitate previously-used technology in an attempt to increase sales without actually doing very much. Apple’s products are sleek, innovative and, let’s face it, highly fashionable, but we all want the company to remember that it was their ability to push the envelope that little bit further than anyone else that has put them in this current position.

I have never been one of those people who thought Apple’s products had any kind of ‘Emperor’s New Clothes’ status, although there are some who occasionally do. I feel that the various incarnations of the iPod, iPad and iPhone have all been justified, and one look at their sales figures all over the world will surely back this up. I do, however, become a little concerned when new releases only prove to be slightly improved versions of older ones.

I’m genuinely hoping that Apple’s next big thing will have a high degree of wow factor in order to win over even the strongest doubters. I can’t honestly say that the iPhone 5 will do that. But who knows – maybe the next version of the iPad will include apps that will tidy your apartment, feed the pets and paint the walls. It’s a long shot, of course, but if anyone can, Apple can.

David Showell is based in the UK. He works for http://www.comparecarhire.co.uk/. 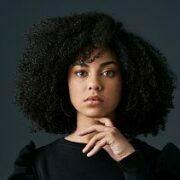 Do you need a food hygiene course?